A Professional Engineer (PE) license means a lot of things to a lot of people. For many engineers, it’s a rite of passage and a career-defining achievement that opens up opportunities and solidifies their professional reputation, much like tenure for someone in academia. It allows them to stamp and seal engineering drawings for approval by a public authority.

For many employers, it’s a sign of seriousness about a career in engineering, a justification to bill more for services and a marketing tool to win projects. For many clients, it’s a reassuring indication of competency in a given engineering discipline. And for the increasingly competitive building design and construction industry, it is becoming an expectation of those who practice engineering.

In my experience, PE licenses are prevalent among most disciplines needed to design a building — the civil, structural, HVAC, electrical and fire protection engineering fields are well-represented with licensed professionals. However, plumbing engineering seems to be lagging behind its counterparts.

I have no real data on this, but my observations are that, at best, 20% of plumbing engineers hold a PE license. A group within the American Society of Plumbing Engineers (ASPE) is tasked with changing this, as I’ll discuss later. Still, as the industry evolves, it will call for more engineers to become licensed.

There are several reasons for the low number of licensed plumbing engineers, but much of it stems from how the discipline evolved. For many years, plumbing engineering was viewed as uncomplex. Much of the work involved connecting common plumbing fixtures to domestic water, sanitary waste and vent piping systems, then determining how to combine and route them to the site utilities and source equipment.

Codes, rather than engineering methods, determined pipe sizes. Legionella and siphonic roof drainage were mostly unheard of, sustainable design was nonexistent, nuances of medical gas and pure water systems were not well understood, and plumbing systems shared many of the same concepts as HVAC. As such, a common opinion in the engineering industry was that anyone who could understand HVAC could also understand plumbing.

Therefore, the responsibility of sealing and signing plumbing drawings was often given to an HVAC engineer with a PE license, while their counterparts in plumbing did not see a need to go through the rigors of obtaining their own professional registration.

However, as the plumbing discipline evolved and the markets it served demanded more specialized systems, plumbing engineers were faced with the increasing complexities of industrial, medical and laboratory gases; highly purified water; laboratory and kitchen wastes; reclaimed water; waterborne bacteria concerns; and others. The public health risks associated with these systems were more realized.

The discipline’s evolution gave it a complexity of its own; it became more distinct from HVAC, and it became much more difficult for licensed HVAC engineers to maintain the legally required competency to stamp plumbing drawings.

Professional engineers are bound by a code of ethics as a condition of their licensure, mandating that they sign and seal only designs that are within their area of expertise. State licensing boards include legal language to this effect. It should go without saying that engineers who do this can assume a huge liability for themselves, their firm, their clients and especially the public.

A number of past lawsuits around plumbing system design flaws found fault with an engineer of record (the one who stamped the drawings) who was not competent in plumbing engineering. With these challenges, the industry has begun to acknowledge the complexity of modern plumbing design, but there is still a lack of registered engineers in the plumbing discipline.

One of the reasons for this is the historical responsibility of a licensed HVAC engineer to oversee plumbing systems. Another is there is no professional engineering exam that specifically tests for competency in plumbing design.

Requirements for obtaining a PE license may vary slightly by state, but nearly all require the following:

The PE exam is administered by the National Council of Examiners for Engineering and Surveying (NCEES), and it tests for a minimum level of competency required to practice a particular engineering discipline. Test formats for individual disciplines vary slightly, but the mechanical discipline consists of a morning and afternoon session, each lasting four hours and containing 40 questions.

The morning session contains the same questions for all mechanical examinees and tests for a breadth of foundational knowledge in that discipline. The afternoon session tests for depth of knowledge in one of three modules — Machine Design and Materials, HVAC and Refrigeration, and Thermal and Fluid Systems. Examinees can choose whichever most closely applies to their practice.

Notably, there is no depth module that specifically tests for knowledge in plumbing system design; the topics in the Thermal and Fluids option are the closest match, but even they require knowledge that most plumbing engineers will never use and may never have even been exposed to.

The lack of a plumbing system depth option in the mechanical PE exam is perhaps the biggest obstacle in getting more plumbing engineers licensed today. Seasoned plumbing engineers are less likely to put themselves through the time commitment and rigors of an exam not tailored to their expertise.

Additionally, younger engineers are less likely to see plumbing as an attractive career path — this is a growing concern in the profession as more experienced engineers are retiring with not enough incoming ones to replenish the ranks. However, a group in ASPE is taking steps to change this.

ASPE’s Professional Engineer Working Group (PEWG) is a team of plumbing industry professionals, many of whom are licensed engineers who are dedicated to developing a plumbing depth option within the mechanical discipline of the PE exam. They modeled some of their efforts after some of those of ASHRAE, which successfully created the HVAC and Refrigeration depth exam a while back. The group began this effort for a plumbing module about six years ago, and while there is still more work to do, it has made significant progress.

The PEWG wrote letters to and got in front of boards in almost all 50 states and very recently gained the support of the required 10. The state boards will need to prove to NCEES that there is a definite need for an additional depth module and that the existing exams do not adequately test for knowledge in plumbing, and the PEWG has already supplied them with convincing arguments.

Several representatives from the PEWG recently visited NCEES headquarters in Greenville, S.C., to further state the case for creating a plumbing depth exam. This, combined with the endorsement of 10 state licensing boards, convinced NCEES to allow the next step of gathering 400 signatures of licensed engineers supporting the creation of this exam.

We anticipate this signature-gathering phase will begin in fall 2022. After we obtain the required signatures, the PEWG will begin developing the exam.

A Call to Action

While the PEWG is doing the bulk of the work in making the plumbing depth exam a reality, we need additional support from the engineering industry. When the signature-gathering phase begins, we will look to obtain them from licensed engineers throughout the industry, not only those who practice plumbing design.

In the meantime, we are spreading the word of this to our colleagues, persuading them to support our effort and asking them to do the same with their peers. When it comes time to gather signatures, we will spread the calling for them through this established network of
supporters.

Developing the actual exam is another monumental effort we do not expect to begin until late next year. It is one of the final steps in what has been a marathon of an undertaking and one that more and more professionals see as worthwhile.

When the plumbing depth option is finally available, it will mark one of the biggest developments the industry has seen in decades. It will be a major milestone in earning plumbing engineering the credence, respect and recognition it deserves. 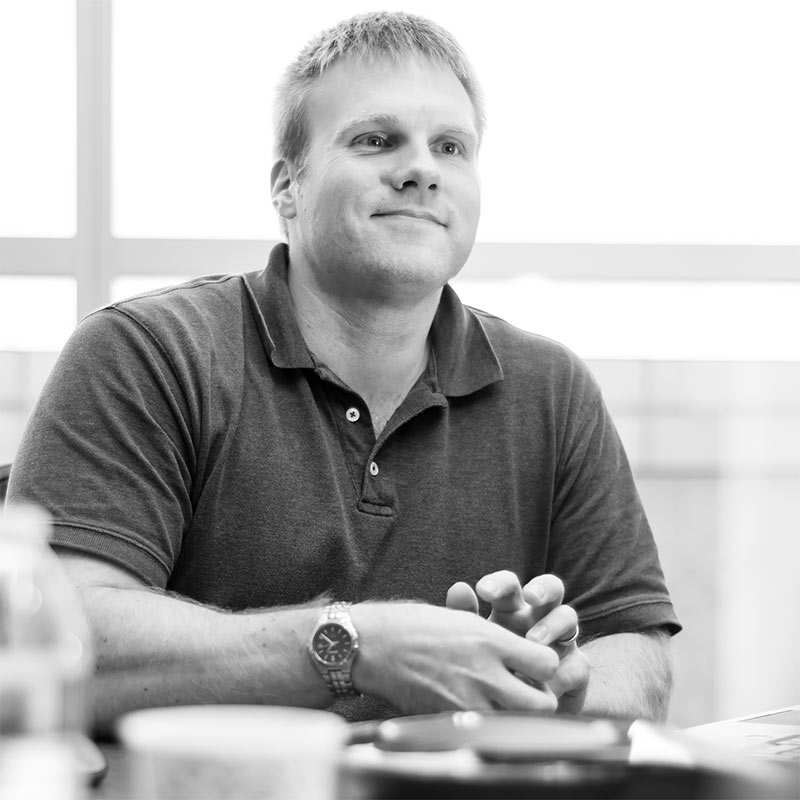 Aaron Bock, PE, CPD, GPD, LEED AP, EDAC, is a senior plumbing engineer at ERDMAN, and past president of the Wisconsin chapter of the American Society of Plumbing Engineers. He has been designing plumbing and medical gas systems for the health-care industry since 2007, with a specific interest in waterborne bacterial control. Bock has completed more than 250 projects across the United States and is a graduate of the University of Wisconsin-Madison and ERDMAN’s INSPIRE leadership program.

Sign up for our emails to get an exclusive first look at industry insights, insider news, the latest happenings at ERDMAN, and more!